SHOULD YOU TAKE PARACETAMOL FOR YOUR COVID-19 FEVER? 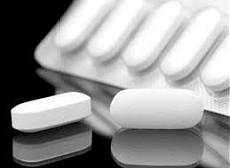 The World Health Organization, NHS and other "experts" recommend that for the fever symptoms you get with COVID-19 you can take paracetamol. But could these "experts" be giving you wrong information that will only make matters worse?

The NHS recommends three measures when you are at home and have a fever because you have been infected with the COVID-19 virus. The first two are sensible, rest and sleep, and drink plenty of drink plenty of water to avoid dehydration. However, the third, "take paracetamol to lower your temperature" is probably not a good idea. Why is that? Surely, that is a sensible form of treatment, but think about it. Why does the immune system put your entire body in a state of raised temperature (fever) in the first place? It does so because by doing this it is activating one of its most potent weapons when tackling pathogens which have entered the body. Even the NHS agrees with that statement.

Fever helps your body fight infections by stimulating your immune system: your bodys natural defence. By increasing your bodys temperature, a fever makes it harder for the bacteria and viruses that cause infections to survive. [1]

Health Magazine, part of the Meredith Health Group, is equally clear as to what fever is all about. It says:

It's important to note that a fever isn't actually a disease on its own, but a sign that your body is trying to fight an illness or infection, per MedlinePlus. The resource explains that viruses and bacteria that cause infections can thrive in a normal human body temperature environment. A fever results from your body trying to kill the pathogen, through essentially making your body an inhospitable environment for it. Fevers also activate your body's immune system, in an added attempt to kill the pathogen. [2]

What I am getting at is that when you take paracetamol or other antipyretics you are actually working against your immune system, and this I will suggest is going to extend the length of the fever and may allow the coronavirus more time to exist longer and do more damage. What paracetamol and other antipyretics do is override the signals that tell your hypothalamus to elevate your body temperature and it will reduce it instead. Medically speaking the enzyme cyclooxygenase is inhibited thereby reducing the prostaglandin E2 in the hypothalamus.

I know that my reservations about taking paracetamol goes against the advice posted on many medical websites including the NHS but what I have said makes a great deal of sense, don't you agree? So when medical professionals say that you get a fever because your body is trying to kill the virus or bacteria that causes the infection and also activates your body's immune system, don't you think that it is counterproductive to use a drug that is designed to reduce that fever temperature?

A study by the Centre for Evidence-Based Medicine of Oxford University which was published on 19 March 2020 says, that for most adults, there is no convincing evidence that fever is itself detrimental and does not automatically require suppression. It further says that the current evidence does not support routine antipyretic administration to treat fever in acute respiratory infections and COVID-19. [3]

The facts of the matter is, most fevers usually go away by themselves after 1 to 3 days most health commentators will tell you, during which one should drink lots of water to prevent dehydration because you will be sweating a lot. But that is all. However, there does come a point when taking paracetamol would be the prudent thing to do.

IMPORTANT NOTICE: WHEN YOU SHOULD TAKE PARACETAMOL?

Taking paracetamol during the early stages of a fever is counterproductive and unnecessary. Mayo Clinic for example, which is the foremost American academic medical centre based in Rochester, Minnesota, which employs 4,500 physicians and scientists focused on integrated clinical practice, education and research, says:

"Fevers generally go away within a few days. A number of over-the-counter medications lower a fever, but sometimes it's better left untreated. Fever seems to play a key role in helping your body fight off a number of infections.... For an adult, a fever may be uncomfortable, but usually isn't a cause for concern unless it reaches 103 F (39.4 C) or higher. [4] [emphasis mine]

The key point being made by Mayo Clinic and which is repeated by most medical literature is that there is not a cause for concern until the fever reaches 103°F (39.4 °C). When the fever approaches this temperature, it is then that I believe it would be prudent to start using antipyretics like paracetamol to keep the temperature below that temperature. That does make sense, don't you agree.

The medical evidence is that most healthy children and adults can tolerate a fever as high as 39.4°C (103°F) to 40°C (104°F) for short periods of time without problems. However, it is known that children between the ages of 6 months and 5 years may experience fever-induced convulsions (febrile seizures), which usually involve loss of consciousness and shaking of limbs on both sides of the body. Although alarming for parents, the vast majority of febrile seizures cause no lasting effects. Mayo Clinic recommends that if a seizure occurs:

Mayo Clinic says that most seizures stop on their own but take your child to the doctor as soon as possible after the seizure to determine the cause of the fever.

Hyperpyrexia is life threatening and causes bleeding in the brain known as intracranial haemorrhage and on rare occasions, Sepsis which results in organ damage. However, long before you would have got hyperpyrexia you would already be in hospital being treated for COVID-19. Putting it bluntly  you would have died of pneumonia long before your fever will have reached the critical level of hyperpyrexia. From my studies I have made from the many medical material I have examined, nobody with the COVID-19 or SARS virus has died of hyperpyrexia.

So what should you do about taking paracetamol? I have provided the evidence that taking paracetamol during the early stages of the fever might be counterproductive and while I know what I would do, it is not for me to tell you what you should do. Wether you heed the advice of the "experts" or follow the evidence to where it has led, it is your decision to make.