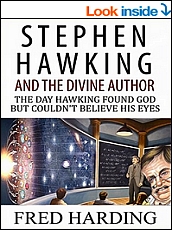 How the Universe Began 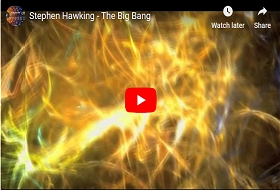 The Universe Had a Beginning 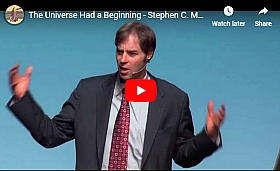 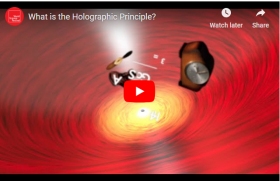 The Universe as a Hologram 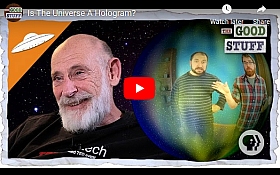 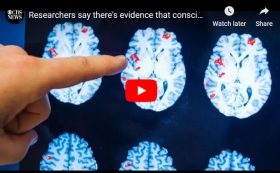 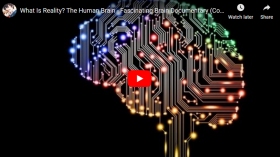 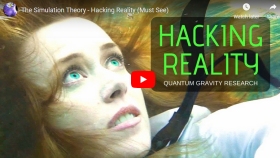 What if the very fabric of space and time was a code, or a language? 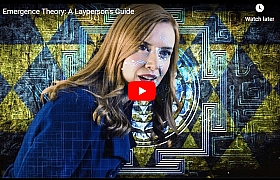 Your Brain Hallucinates your Conscious Rreality 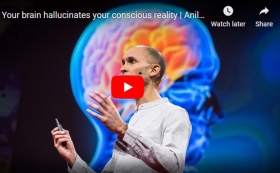 Stephen Hawking and the Divine Author:
The Day Hawking Found God But Could't Believe His Eyes 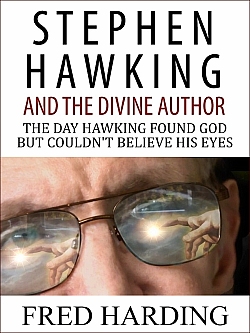 How can we have freewill when it seems that our lives are already predetermined by God? "For I alone am God! I am God, and there is none like me. Only I can tell you the future before it even happens. Everything I plan will come to pass, for I do whatever I wish." (ISAIAH 46:10)

One of Stephen Hawking's theories makes it possible for us to have freewill while at the same time it enables God to know the future before it happens. The explanation is simply amazing!

This is the story how Hawking ducked and weaved to avoid the evidence that his theories kept leading him to, namely that God created the Universe. However, in the end he came face to face with the Divine Author and ironically, it was one of his theories that made that fateful confrontation possible. But he could not bring himself to overcome his religious paradigm and acknowledge what his eyes had clearly been revealing to him.

By reading this book not only will you learn about Hawking's brush with the Divine Author on a number of occasions, but you will also gain a good grounding on Black Holes, the Steady State Theory of Fred Hoyle, the Big Bang, Hawking Radiation, Einstein's theory of Relativity, Quantum Mechanics, Imaginary Time, String theory and more. This will enable you to make an an informed judgement as to the premise of this book, that, "In the Beginning God created the heavens and the earth".

As for Hawking, having been unable to contradict his own theories any more and in a final act of frustration and self-betrayal he adopted a theory that was not even one of his own - M-theory. Now here is the irony of it. By all accounts M-theory is not a genuine theory but rather it is philosophical speculation disguised as science. Sir Roger Penrose, who shared the Wolf Prize for physics with Hawking in 1988 said on a radio show in 2010, "... M-Theory isn't even a theory. It's a collection of ideas, hopes, aspirations. It's not even a theory."

For any scientist, let alone a science superstar like Hawking, to disparage philosophy on the one hand, and then proceed to engage in it by adopting a self contradictory philosophical stance on the other, with M-theory, is really scraping the bottom of the barrel. What a sad end to such a remarkable man, who has captured the hearts and minds of so many people. But is it the end? Hawking's story is not finished yet. He once said:

"Intelligence is the ability to adapt to change."

Thus, it is in the realm of possibility that Hawking may read this book, which goes over his theories that often point to God and change his mind.

COMING SOON, THE EXPLOSIVE SEQUEL TO HAWKING AND THE DIVINE AUTHOR

Encountering the Afterlife in the The Holographic Universe 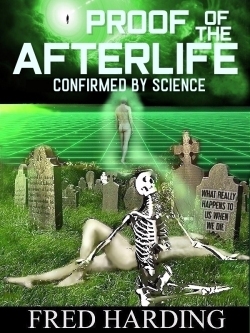 It is strange how things work out. In 2015, I wrote a book entitled, Stephen Hawking and the Divine Author: The Day Hawking Found God But Could't Believe His Eyes. It told the story how Stephen Hawking ducked and weaved as he tried to avoid the evidence that his theories kept leading him to, namely that God created the Universe.

In the end Hawking did come face to face with the Divine Author and ironically, it was his Theory of Everything (ToE) that Hawking finally endorsed a few months before he died that made that fateful confrontation possible. That theory was in effect mine which I had described in the form of an analogy in my book and it was this that Hawking had unknowingly endorsed in the Journal Of High Energy Physics published shortly after his death.

With respects to my theory, a reviewer on the Amazon store, said of it, "I also thought Harding's own theory, presented towards the end of the book, is perhaps the most plausible tie-in between what the Bible tells us about God and what real good science reveals that I've come across. His theory alone is worth the book's purchase price, in my opinion." So what was my theory you may ask? Good question.

It was while writing the book that I had an epiphany. In Stephen Hawking and the Divine Author I had been mulling over J.R.R. Tolkien's books, especially The Silmarillion upon which I expressed the view that one cannot but help read with wonder about Tolkien's incredible fictional world of Middle-earth. Tolkien with The Silmarillion, the Hobbit and the Ring trilogy has captivated the minds of countless readers with his story-telling as he did mine.

Tolkien's books describe a world full of characters interacting with each other, events that moulded and shaped their lives in an imaginary world which he had created from his mind. So it was that while I was dwelling on Tolkien's panoramic vista of his imaginary world that he had created that something unexpected happened. I wrote about this in my book.

I could see something else in my mind's eye that Tolkien had stirred in me, and which Hawking had stimulated with his theories of physics. It was then that I had a eureka moment. A single remarkable theory began to unravel that was so simple and yet so profound that it took my breath away."

Little did I know at the time that Hawking and others were thinking the same as I was. Leading physicists such as David Bohm, who has been described as one of the most significant theoretical physicists of the 20th century, Gerard t'Hooft, 1999 Physics Nobel Prize winner, Leonard Susskind, widely regarded as one of the fathers of string theory, Nick Bostrom who in 2009 and 2015, was included in Foreign Policy's Top 100 Global Thinkers list and Robert Lanza, who was TIME Magazine's 2014 Time 100 list of the "100 Most Influential People in the World", are just a few of the physicists who were debating the very theory which I had inadvertently stumbled on. That theory was the holy grail of Physics, the Theory of Everything (ToE)

Do you know that that theory is? To answer that question I think it is time to read the last words that Stephen Hawking made before he died which may shed light on my statement. Published in newspapers all around the world after his death, Hawking stole the show once again. He has always had a habit of doing the most unexpected of things when you least expect it and this is one of them. This is what said and it took my breath away.

"Stephen Hawking has revealed from beyond the grave his final scientific theory - that the universe is a hologram." (The Telegraph, 2 May 2018)

I never saw that coming and I bet you didn't either. I had written a personal request to Stephen Hawking at the end of my book and it read as follows.

Stephen, if you are reading this, it is not too late to change your mind and believe what your eyes have been telling you all along. The question is, will you? The world waits with bated breath for your decision.

Well the world certainly woke up to Hawking's astonishing revelation from beyond the grave. As for me I was estatic. I could not have had a better answer to my request, although I very much doubt that he had read my book or theory. But that does not matter because his words confirmed what I was thinking, as it did for many others.

Scientific Proof of the Afterlife: Inside The Holographic Universe is the sequel to the Stephen Hawking and the Divine Author, and it will open the door and explain the many mysteries of the universe including a subject which we prefer to avoid  Death. Prepare yourself for an exciting journey of incredible dimensions that will have you gasping with wonder and astonishment. It brings everything together as "The Theory of Everything" or as I prefer to call it, THE ANSWER TO ALL THERE IS.

Join me as we shall be GENTLY going through some heavy stuff such as quantum physics, the holographic principle, ghostly phenomenon and much more besides. Each section builds upon what is revealed in the previous section as we travel along the road of quantum weirdness through which we will discover the true nature of reality of our universe, our existence and the extraordinary "living" realm of the dead - the AFTERLIFE". Then you will at last get to know what really happens to you when you die.